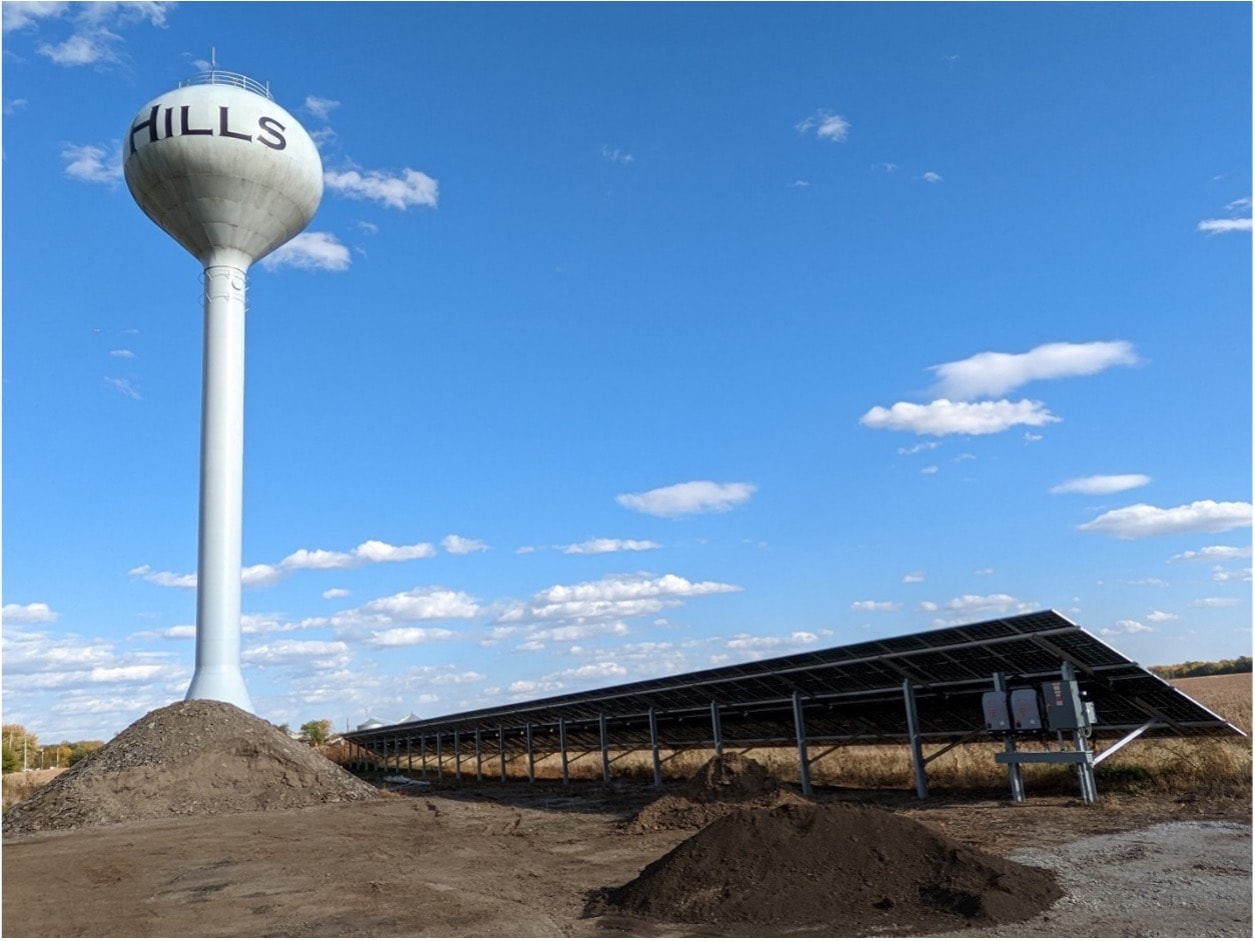 The City of Hills recently completed an extensive solar project that could generate a savings of more than $300,000 over the next 25 years.  In an attempt to be more green and leave a smaller carbon foot print, the City began the process last year when it hired Moxie Solar to install solar panels on the following City owned buildings; the Fire Station, the Community Center, and the City Office building.

“Money from the Local Option Sales Tax (LOST) was used to pay for the installation,” Mayor Tim Kemp said, “and we quickly began to see a savings in our energy bills for those three buildings.”  Kemp estimates that they are saving around $500 a month for those buildings, with average monthly bills ranging from $10 to $20 per building.

In addition to solar installation, revenue from LOST over the last few years has allowed the City of Hills to build a community stage, add a Splash Pad and other playground equipment, and begin a long-term road improvement project.

Solar panels were also installed at the Hills Water Treatment Plant and the Hills Sewer Lagoons last month.  The City used a Power Purchase Agreement (PPA) with Eagle Point Solar to install solar panels at those two locations, this allowed for a third party to pay for the installation and the City plans to purchase the solar panels at a later date.  The City has already seen significant savings this first month, with an over $2,000 reduction on its energy bills for these two locations.  The City expects to receive the most savings at these two facilities because they utilize a tremendous amount of electricity.

“With the process now complete and online, we expect to see significant savings in our energy costs,” Kemp said, “and use those savings to eventually purchase the solar panels at the water treatment plant and sewer lagoons.  It’s a win-win for the City, we will enjoy lower energy costs while being more environmentally conscious.”