The Iowa City area is connected to multiple rail lines throughout the Midwest and is serviced by Iowa Interstate Railroad (IAIS) and the Cedar Rapids and Iowa City Railway Co. (CRANDIC).

The CRANDIC handles more than 90,000 carloads each year and operates 100-plus miles of track including 60 miles of main line and nearly 40 miles of industry track and switching yards. The CRANDIC owns the old Milwaukee line through Amana and the former Rock Island line from Iowa City to Hills.  The railroad has strategic agreements with Burlington Northern Santa Fe Railroad, Canadian National Railroad and Iowa Interstate Railroad (IAIS).

IAIS operates over 552 miles of track between Omaha and Chicago on the former Chicago, Rock Island and Pacific mainline, with a branch line to Peoria in Illinois.  IAIS provides train service between Chicago and Omaha seven days a week. Customers are available to ship goods to or from anywhere in North America.  IAIS also has an off-loading facility and a barge connection on the Mississippi River.

The Iowa City area sits at the crossroads of Interstates I-80 and I-380, reducing supply and distribution costs.

Within eight-trucking hours, businesses can serve a population of more than 40 million people.

And, there are more than 20 motor freight lines with terminals located in ICR Iowa. 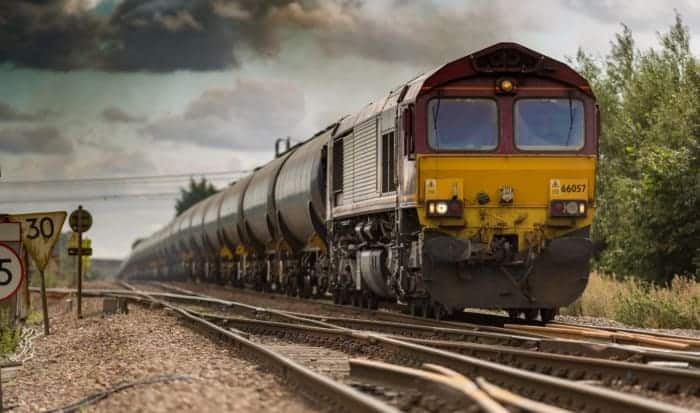